The history of metal roofing across America and the world is surprisingly full as we discussed in our complete roofing article. We would have never imagined it’s long history if we did not dive into it ourselves. So, for a moment, lets dive into some of the most interesting historic metal roofs across the globe.

The earliest written report of metal roofing was found hidden away in a temple in Jerusalem. The brilliant copper roof was used to inspire and protect the temple around 3000 years ago. Even in the earliest days of metal itself, people realized the great potential it had for roofing. Although it is interesting to study a 3000 year old scroll, we want to examine more tangible sources. Having concrete examples of famous metal roofs will provide a great starting point into roofing history.

The true strength of metal roofing is apparent to anyone who witnesses it, no matter the time period. Even the Romans utilized copper for covering the Pantheon in 27 B.C.. To the world, metal was the ultimate expression of strength and longevity. Royalty and noblemen considered it to be one of the highest examples of wealth and power. Soon, metal roofing made its way up to the tip of India and throughout the Roman empire. By examining the cultures of the era we can see how historic metal roofs were influenced by technology and fashion.

Metal roofing was so sought after, that one begins to see its roots in European medieval culture. At this point the benefits and availability of metal had greatly advanced, opening the door for more applications. Naturally it was used for the grandest of European castles and religious structures. But, it was also starting to see it?s place in the residential and commercial structures of the common people.

Copper roofing, installed on St. Mary’s Cathedral in Hildesheim, 1280 A.D., lasted until it was destroyed during WWII bombings in 1945. In fact, it needed almost no maintenance or repair in the 700 years it existed. One of northern Europe?s most important renaissance castles, labeled Elsinore Castle in Shakespeare’s Hamlet, has a copper roof from 1585 A.D.. The only work needed since installation day was to replace copper on a single tower in 2009, almost 500 years later. If you think most people are lucky to have their roofs last for 20 years, just imagine if you had one in your family for over 500 years!

However, historic metal roofs made of copper also played a part in American culture before iron and steel gained popularity. In fact a variety of different materials have been used throughout time.

Christ Church in Philadelphia, known as The Nations Church has a copper standing seam roof that was installed in 1727. That historic metal roof still stands today, lasting around 200 years before needing any type of repair. Even to this day, copper roofing is utilized for the most important and impressive structures of our society. But as new metal alloys are developed, copper gradually became out produced by the cheaper and more available options: steel, iron and tin.

It is believed that the first style of sheet iron was developed by Robert Morris, during the revolutionary war, in the mid-late 1700?s. Tin-plated iron, more commonly used in Canada was then popularized in America by none other than Thomas Jefferson. In fact, in 1770 Jefferson had a tin roof installed on his home in Monticello, where the initial thoughts for the Declaration of Independence were cultivated. But in direct correlation to these copper alternatives, the famous Paul Revere played his role in expanding American copper. This is the same Paul Revere that we learned about in grade school when we heard the poem “The Midnight Ride of Paul Revere? where he warned early Americans that ?The British are coming, the British are coming!”

As the son of a silversmith, Paul used his metal experience to develop one of the first copper mills in America. This provided a huge amount of support to America during the revolutionary war effort as well. The copper he rolled was often used to fortify America’s naval forces and structures. As you can see, metal work played a huge role in how our country won its independence.

Then in 1829 corrugated metal was developed which allowed for far longer sheets of metal to be used, increasing application possibilities. Metal roofing, simply, has a very long history of research and development. In fact, only a few years after the implementation of corrugated metals, manufacturers began galvanizing metals with zinc and implementing them into the historic metal roofs , increasing its resilience and hardiness. This was then used on many post offices, train sheds and other structures that called for a strong, long lasting, and rust free solution. Metal has been improving exponentially since America?s infancy, with the creation of many different alloys and adopting different methods of refinement.

Another notable metal advancement was the introduction of large steel panels. Developed in 1939, these large panels were very popular among agricultural and industrial buildings. There was a need to create extremely durable and reliable roofing that did not require much maintenance. And as a result, we developed metal roofing solutions to match. These early metal roofs were very durable however, they also created a lot of noise from rainfalls. The technology of current metal roofs has solved all the issues seen in historic metal roofs.

The Future of Roofing

Metal has been finding its way into every aspect of roofing, from residential to commercial, for over 100 years. Metal in America also played its role in everything from religion to war, taking a major role in the creation of our nation. And for the last 100 years, metal roofing has been picking up a tremendous amount of speed in terms of development and advancements especially in treatments.

So the next time you drive by a metal roof, realize that its roots are over 3000 years old. If you would like to learn a little more about modern metals used for roofing or metal roofing in general, simply click the links. Then maybe someday, you will play your role in the history of metal roofing across America.

Contact Roof Repair Guys for a FREE estimate if your want be involved in the future of metal roofing!

*additional images provided by our metal supply network including, but not limited to, Drexel Metals, McElroy Metals and Union Corrugating. We do in fact use all these companies and have received permission to utilize images. 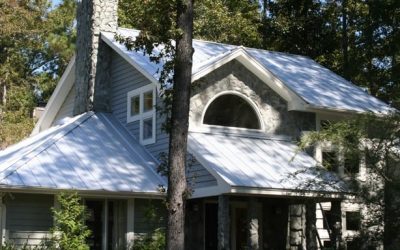 New Roofing – Can Metal Roofing Be Installed Over Shingles?

Are you in the market for a new roof? If so, then you will find there are many options available in the roofing industry. These options can range from multiple variations of asphalt shingle types to many variations of metal panels.One of the many questions that are... 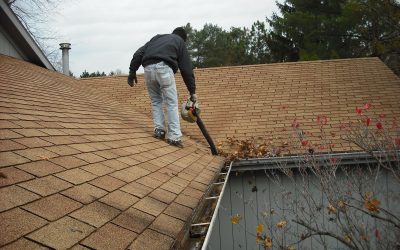 Choosing a Commercial Roofing Contractor For Your Business

Commercial roofing contractors in Portland need to consider the unique weather systems of the area, so it is best to hire a roofing expert with years of experience in OR. Choosing a commercial roofing company that offers generic services regardless of where their... 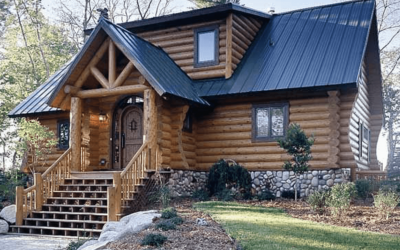 Whether you need an installation, repair, or simply an inspection, an experienced roofing company will be able to provide the help you seek. Research roofing contractors with a proven track record for your particular need. Most firms will offer three basic types of...